I’ve allocated quite a lot of spare time to writing on the project over the last week and have made progress on the renderer. 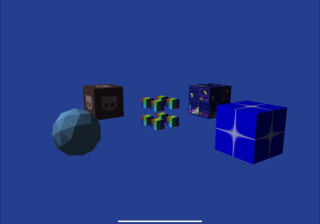 A rough timeline of what I’ve done and in what order is:

Adding lighting proved tricky as I wanted to do some matrix transformation for normals in the shader, but some of the functions available in GL Shading Language (mat4 inverse and mat4 to mat3), are not present in Metal Shading Language. Implementing this was a challenge and there is still work to be done to make this really usable. Before going much further with lighting I want to understand a bit more about rendering engine models for lighting and shadows.